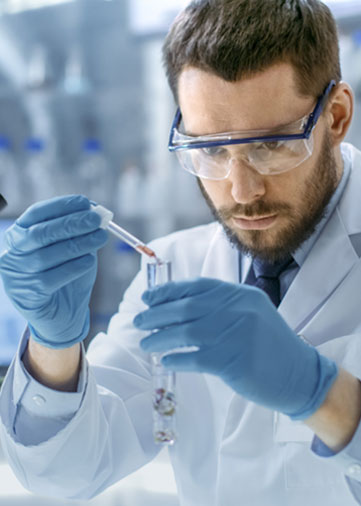 Firebrick is an Australian pharmaceutical company started in 2012 with the mission to develop a nasal spray that killed all viruses and could become the world's first effective treatment for the common cold. After 9 years of development, that product is now a reality and is called Nasodine® Nasal Spray*

Patents have been filed worldwide on its use as a treatment and preventative for the common cold. Patents have also been filed on its use for reducing the risk of transmission of viruses with pandemic potential, like pandemic 'flu and SARS-CoV-2.

*Nasodine Nasal Spray is not yet approved for sale in Australia.

In treating respiratory viral illnesses, such as the common cold, the challenge has always been that the infection of the nasal passages can be caused by any one of 200 or more viruses from at least six major groups.

The problem is that we rarely know the culprit and they can mutate, making a vaccine or targeted drug therapy for the common cold virtually impossible.

At Firebrick, we took an innovative approach, using a unique and well-established agent, called "povidone-iodine" that has been shown to kill all the known families of viruses that can cause colds, and yet is safe for use in the nose. What’s more, because of the non-selective way it destroys viruses, there has never been a report of viral resistance to it.

The new povidone-iodine nasal spray, called Nasodine Nasal Spray, is designed to kill the viruses in the nasal passages as a way to treat the common cold and potentially other nasal infections. 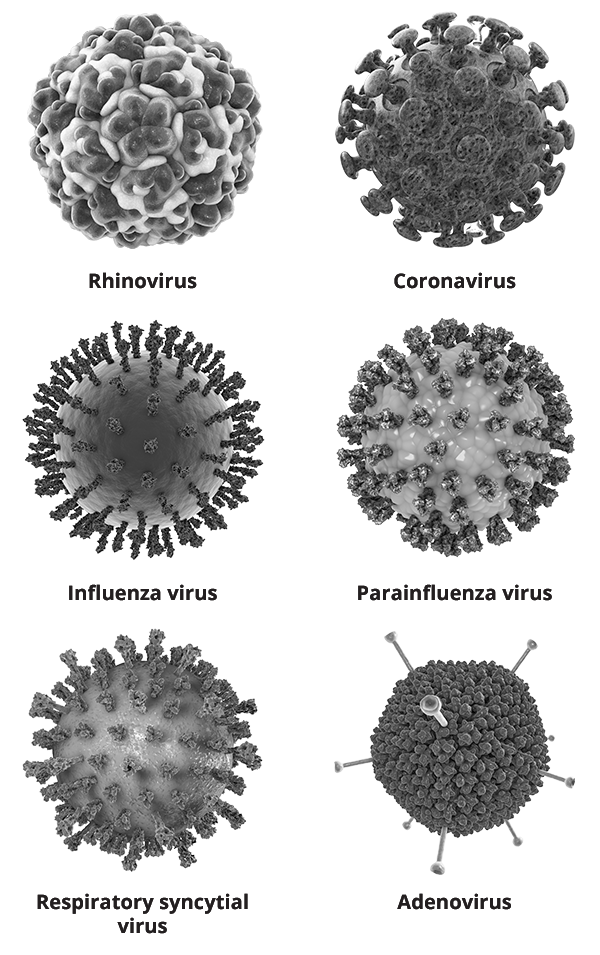 Firebrick BOARD AND MANAGEMENT 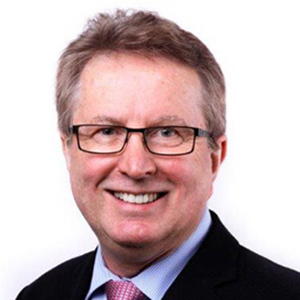 Peter Molloy trained as a microbiologist and biochemist and then built a successful career in the pharmaceutical industry. At Pharmacia (Pfizer) he was Managing Director of Australia/NZ operations and later Vice President for Strategic Marketing, responsible for a large portfolio of pharmaceuticals across 22 countries in Asia-Pacific and Latin America. During his career, he directly launched 23 new pharmaceutical products and executed 40 international licensing or distribution deals. Subsequently, as CEO of four biotech companies, including two ASX-listed biotechs, he funded numerous companies, led R&D programs in oncology and antivirals, and created valuable companies. He was CEO of antiviral drug development company, Biota Holdings Limited, and during his tenure the company’s market value increased from $30m to around $300m. Subsequently, he was founding CEO of Race Oncology, which listed at a valuation of $12m in 2016 and by early 2021 reached a value of $500m, becoming one of the leading public biotech companies in Australia. In addition to an MBA, he holds a PhD in business and is a Fellow of the AICD. 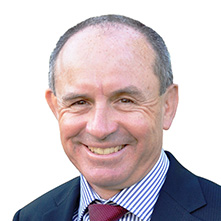 Stephen Goodall has a successful track record in intellectual property, pharmaceutical development, manufacturing, regulatory strategy and clinical development. He was instrumental in developing the intellectual property that underpins the Firebrick patent. Previously, he was Chief Operating Officer of Viralytics, which was successfully acquired in 2018 for $500 million by the US big pharma company, Merck. Previously, he was the Director of Pharmaceutical Development at Vapotronics, where he managed all aspects of inhaled drug development and formulation and before that, Director of Development at AGEN Biomedical for 11 years. He has extensive experience in the preclinical, IND, regulatory and human clinical phases of drug development. He also has an impressive background in process development, production scale-up and GMP manufacturing for pharmaceuticals. 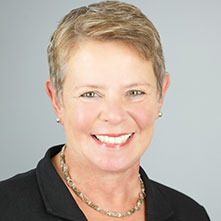 Professor Phyllis Gardner is based in California and is a tenured Professor of Medicine at Stanford University; she is also on the Board of Fellows of Harvard Medical School. She obtained her Doctor of Medicine degree from Harvard Medical School, trained in internal medicine at Massachusetts General Hospital and completed research fellowships in Pharmacology at Columbia University and University College, London. After moving to Stanford in 1984, Phyllis was an active scientific researcher, with her expertise bridging medicine, pharmacology and drug delivery systems. After ten years in academia, she became interested in entrepreneurship, founding several biopharma ventures. From 1994 to 1998, she served as Principal Scientist and Head of Research at ALZA Corporation; and from 1999 to 2015, she was a partner at Essex Woodlands Health Ventures, a leading US venture capital firm focused on life sciences. She has been a director on numerous boards of US public biotech firms, including Aronex, Aerogen, Pharmacyclics, BioMarin, Corium, Revance and Cohbar. 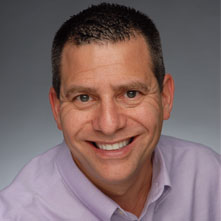 Dr. Peter Kash is a Board Member and the Company’s global Business Advisor based in Florida. Peter Kash worked on Wall Street for 30 years and is a renowned biotech entrepreneur, who has raised at least US$1 billion for private biotech companies and co-founded more than a dozen companies, which collectively have six FDA-approved drugs. He is currently a co-founder and Vice-Chairman of TargImmune Therapeutics, an oncology platform company in Switzerland. Dr Kash holds a BSc in Management Science, an MBA in Banking and International Finance and a Doctorate in Education. He has held Adjunct, Associate and Visiting Professorships at the Wharton School of Business, Hebrew University in Jerusalem and Nihon University in Tokyo, as well as lectured worldwide and authored and co-authored several books. 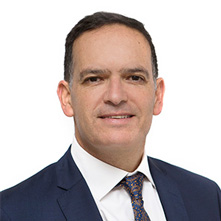 Professor Peter Friedland is the Company’s Chief Medical Officer. Prof Friedland is an ENT (ear, nose and throat) specialist, associate professor at the University of Western Australia and professor at the University of Notre Dame, Fremantle. He holds several national appointments including memberships of the board of the Australian Society of Otorhinolaryngology Head & Neck Surgery at Royal Australian College of Surgeons (RACS), the Panel of Clinical Experts for the Australian Government Department of Health and the MBS (Medical Benefit Schemes) National ENT Taskforce. Prof Friedland, a surgeon scientist at Sir Charles Gairdner hospital and Joondalup Health Campus. He is currently engaged in multidisciplinary clinical research in head and neck cancer, hearing loss rehabilitation and nasal disease. In the last decade, he has published more than 50 peer reviewed scientific articles and delivered more than 150 conference presentations and invited lectures. Prior to immigrating to Australia in 2009, he was clinical head of the ENT department at the University of Witwatersrand, Donald Gordon Medical Centre, Johannesburg, South Africa. Prof Friedland was appointed Mr. Nelson Mandela’s ENT specialist from 2000 to 2009. 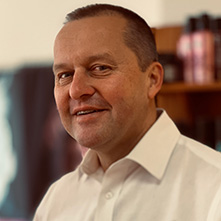 Dr Simon Tucker is a virologist with decades of pharmaceutical R&D management experience.  He previously led teams at GD Searle (US) focused on new antivirals including influenza and HIV, where he was a member of the team responsible for the discovery of the HIV protease inhibitor, amprenavir.  He subsequently led the Gene Therapy Group at the University of Glasgow (UK), before joining Biota Pharmaceuticals, the world-leading antiviral drug developer at the time.  As Vice President of Research at Biota he oversaw the research and IP portfolios, managed the R&D strategy and execution, and was directly involved in multiple licensing deals, collaborative projects with major pharmaceutical companies and the discovery and progression of clinical candidates.  He led the teams that discovered zanamivir (Relenza), the world’s first neuraminidase inhibitor for treatment of influenza, as well as the world’s first point of care diagnostic test for influenza A and B. He also presided over the discovery and development of candidate drugs for the common cold (vapendavir), RSV and hepatitis C .  He is a founder & former CEO at 360biolabs and is currently Chairman of Jumpstart-Fertility, an international biotech focused on drugs to address female infertility. 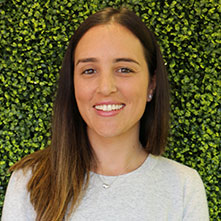 Robyn Branigan is an accomplished marketing professional with over 12 years’ experience developed across a diverse portfolio of high-profile brands and categories. Robyn has a Bachelor of Commerce (Marketing) degree from The University of Melbourne and a Master of Advertising from RMIT University. Previously, Robyn worked in marketing for Nintendo Australia with accountability for the Wii Brand, then was a brand manager at Kraft Foods working in the Cadbury Seasonal Team before joining Swisse Wellness, a leading Australian brand in the Vitamins and Supplements category. At Swisse, Robyn spent over 8 years progressing through a number of roles including Senior Marketing Manager (Brand Communications). During this period, Swisse experienced significant growth and progression from a privately owned business to a global wellness brand within the portfolio of the H&H Group, listed on the Hong Kong Stock Exchange. 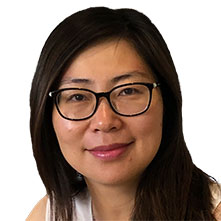 Liling Xie is the Head of Regulatory Affairs at Firebrick Pharma. She has more than 16 years’ regulatory experience with a successful track record in the registration of Injectable and Generic medicines. She possesses solid analytical chemistry experience in pharmaceutical product development. Prior to joining Firebrick, Liling was Regulatory Affairs Manager at Hospira (Mayne Pharma) responsible for Australia, New Zealand, and Greater China regions. She is also a long term consultant to Biological Therapies. In addition to her pharmaceutical background, she worked for a renowned food processing and sales company in China as Vice President, responsible for multiple plants and company logistics. She played an instrumental role in raising capital funds and executed international deals for the company. 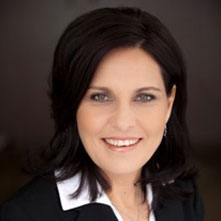 Dr Linda Friedland is the head of Business Development at Firebrick Pharma. She is a physician with more than 20 years’ experience in clinical medicine which she has combined with strategy and governance expertise. She consults internationally to healthcare, biotech, corporate and financial institutions. Among her other roles, Dr Friedland is, senior consultant to TargImmune Therapeutics (Basel, Switzerland), clinical and scientific advisor to Shanghai-based Joint US China Clean Energy Commission (JUCCE), and a director on the board of the Neurology Council of Western Australia. She has developed public health and disease management programs in Asia, US, Australia, Africa and the UK. Dr Friedland is an author and an a international speaker.